Regression Therapy as a Valid Approach in Treating Obesity: A Case Study 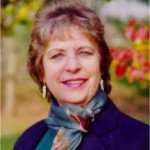 The study of obesity has perplexed dieters and professionals alike. This paper presents the research and view that regression therapy and working through the blockages in the unconscious mind can be a major key to success. The research of the author indicates five major reasons for manifesting excess body fat. She identifies those reasons, and documents a case study using childhood and past-life therapy.

In spite of an increased interest in fitness in the 1980’s and 90’s, statistics indicate a shocking reality: eighty to ninety percent of dieters who lose weight gain it back. We continue to emphasize external (diet change, exercise, behavior) and avoid internal factors (thoughts, beliefs, mind patterning, and emotion). Clearly we have not addressed the mind’s ability to hold unconscious reasons to keep excess body fat. Nor have we begun to consider the “spirit” or energy-essence of the individual. Experts continue to study the effect instead of the cause.
Good nutrition and exercise are, of course, necessary for a healthy, normal-weight body. And yet, there are millions of obese and/or overweight Americans who cannot—CANNOT—lose weight and keep it off.
Less-than-understanding friends and some experts cry out: “They just need more willpower.” Willpower is a function of the conscious mind. Can one lose weight with willpower? Of course; it happens all the time and any diet or exercise program will work. If, however, there are REASONS held in one’s unconscious mind to keep excess fat, the dieter will gain all the weight back!
Obesity is an internal fight, a fight between the conscious mind that says “I really want to lose weight” and the unconscious mind that says “I need the weight because…” Obesity is an internal fight, and any external measures, although valuable, cannot solve the problem. The problem is not the cause. The cause is internal—the cause is in the mind.
The causes are the memories and experiences of the person that have brought about a NEED for extra layers of body fat for protection. The cause is locked in the unconscious mind.
One of the most discouraging facts of the weight loss battle is that the dieter
loses hope. Each new effort is fueled with the underlying belief (and fear) that s/he will just gain it all back. When the dieter recognizes that there are reasons why s/he has put the weight on…s/he can also understand that what the mind creates, it can re-create.
Working in the field of traditional weight control counseling for fifteen years and seeing this frustrating reality was what led me to move to a deeper study of the mind and hypnosis. I eventually opened my own business and began working with clients to change habits and reprogram the mind to a more healthy body image. Although the success rate improved slightly, I quickly realized that for most life-long dieters, the unconscious mind held memories and programming that were not easily changed, and despite what I said, many people were still seeking a fast, no-effort answer to losing weight; they wanted me to “hypnotize their fat away.” Others were ready to take responsibility and understood what I was teaching. Yet, I began to realize that for most overweight people, the unconscious mind held programming and beliefs that were not modified by standard hypnosis techniques.
For the past seven years, I have done intensive work related to the deep unconscious mind. I began doing regressions to childhood memories and experiences to find the cause of client weight problems. My research over the years in regressions under hypnosis proved to be valuable in helping people uncover their REASONS for staying overweight.
I realized that for these clients there was a NEED to keep excess body fat. That need for fat is a need for protection, in response to memories locked in their unconscious minds. Those memories were individual according to each person’s own life and experiences. They included:

• Food programming: How to eat, what to eat, when to eat, why one eats.
• Being overly-disciplined or ignored and the child’s emotional and mental response.
• Painful childhood memories of being in a fat body that was different from playmates and the teasing and embarrassment they suffered at school.
• Abuse: Emotional, mental, physical, and abuse of the spirit.