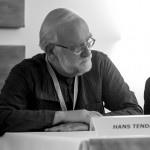 Published in the Journal of Regression Therapy, 1999

The False Memory Syndrome is a bogeyman hindering the acceptance of our profession. It has been discovered that clients who relived graphically sexual abuse by a parent when they were very young, remembered something that did not happen. It has led to court cases and negative publicity. It sometimes leads also to extra work for us. I have had several clients utterly shaken because of the false accusations of a daughter. The therapist or psychiatrist involved worsened things by prohibiting the daughter to have contact with her denying parents anymore. If memories from childhood may be false, memories from previous life must be much more unreliable even. Though I cannot prove it, I’m pretty sure this reasoning is rubbish. Let me explain why this is most probably so.

False memories exist, but they don’t have the character of a syndrome. This is just added to make it sound like it is a professional diagnosis, as if people talking in this way know what they are talking about. They don’t. Let us assume for the moment that 20% of all hypnotherapists and regression therapists use past-life therapy, that is, accept experiences from apparent previous lives as at least therapeutically valid. What is the percentage of therapists involved in false memory cases that are past-life therapists? I would not be surprised if that percentage would be nearer to 2% than to 20%.

In 1950 Ron Hubbard published Dianetics. In that book he wrote about his experiences with his type of regression. One of his “discoveries” was the incredible amount of successful and unsuccessful abortion attempts in the United States. He had found horrible evidence in a large number of his subjects of terrible experiences in the womb because of unsuccessful abortion attempts: stuck by needles, affected by burning poisons, being hit by sticks, even by kicks at the belly, falls from stairs, etc.

Interestingly, in all his later works, Hubbard never returns to this issue. Why? Because he discovered past lives.

Hubbard had a primitive and time-consuming, but effective way of regression: he had people repeat and repeat and repeat the traumatic episode until there was no longer a skin galvanic response. He went from the present back through life till the birth-experience. The idea was that if all engrams were erased, the person would be clear. And whatever clear was, it certainly meant to be free from fear, anger, shame and other limiting emotions. What he did find of course was that most people apparently were not clear even if the whole time-track from the present back to the birth had been cleaned. Imagine what happened when he then found before birth strong charges, strong experiences of being hit or cut, of falling or suffocating. He placed those experiences in the only time-period that seem possible: in the womb. Later of course he discovered previous lives. He found traumatic death experiences and had forced them in the prenatal period.

The same, I submit, has been happening in the recent years. Therapists working with fears or sexual problems discover strong charges, strong problems and when they do attempt regression, they may find sexual or violent abuse. Now if the therapist has some experience and knows what he is doing and at the same time knows that past lives don’t exist, he has to project the clear and present symptoms of for example sexual abuse in a repressed area of childhood. So false memories are born.

Of course there may be clients that are psychotic or borderline, and for whom regression is generally not indicated. They may make things up, until even the therapist believes in them. I think only a weak and inexperienced therapist will fall for that. Of course there will be some therapists without the power of discrimination who may misguide their clients. Some are properly university-trained professionals. The experiences I know from the Netherlands involve fully qualified psychiatrists in half of the cases. Although lack of professional grounding and gullibility may be factors in producing false memories, I expect that the main reason is prejudice, a lack of an open mind. Closed-minded people falsify memories and other closed-minded people use that to strengthen their closed-mindedness.

One thing I would like to add: the question of objective truth in therapeutic reliving. The general idea is that it doesn’t matter; the therapeutic effectiveness is what matters. I think that it is true and at the same time I think it is false. If during or right after the session we are involved with trying to check the reality of what is happening, our session will go nowhere. If the patient is bothering about it, he will block, if the therapist is bothering about it, the session degenerates into a third degree, rarely conducive to good therapy.

We start to take things at face value. That is how it should be. But ultimately, the question of reality is important. When a person gets rid of a certain sexual problem, but falsely believes now that her father and uncle raped her when she was four, we have done bad therapy. If something in an apparent previous life is assumed to be true, while not so, the consequences are less serious. Still I think, people have brains, they have minds, they think, they want to know. Finding the truth is a catharsis of the mind and so part of therapy.

In most past-life sessions we never may have objective, effectual corroboration of the content of the session. But the clearer the experience, the more detailed, and the more consistent, and the more the relived experiences and the consequences of them fit with other experiences and with the person as he is now, the less doubt we need to entertain. We are not dealing with issues that can be rigorously judged as true or false. But there is a tremendous difference between the very likely and the very unlikely, between the isolated incident and a strong pattern through places and times, including the present life.

In normal, sane people (like us for example) true memories work out quite differently from false memories. Many of us had the experience that some sessions or part of sessions continued to grow inside us after the session. They became clearer, new details emerged, one understanding after another joined, till the whole experience suddenly clearly and satisfactorily fitted somewhere in our mind – and in our soul. Whoever has some experience of integration, knows the difference. Other experiences may be impressive at the moment but afterwards somehow they dilute, they pale, they loose life. Sometimes a true experience is lost this way, because of unresolved other issues in us, but true integration is impossible without basic truth.

I remember regression experiences that I placed in a mythical past, I thought just at the dawn of Atlantis. Much later I found out they were in China, probably a few centuries before Christ. My romantic notions and probably my romantic desires had placed them in a fairytale country. But the basic events and the feelings involved in them and the relationship to myself as an individual have remained. They just became more solid.

There is partial truth, and as therapists we know that usually the more the body is involved in memory, the less chance of fantasy. Paradoxically, this is one of the main reasons for the false memories syndrome. The therapist sees and the client feels in their bodily reactions, in posture and tensions, in parts turning cold, in blushing, in panting and struggling, that a rape has been going on. Even a good actor, a good actress cannot work that up without previous experience. This rape happened, somewhere, with someone, and it is relived here on our couch. Trust what is happening, but be careful with labeling.

It would be nice to know from colleagues which cases they know and how often in those cases a past-life therapist was involved.