The Wandering Souls of Vietnam by Edward Tick 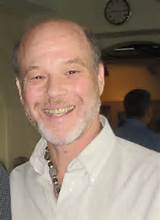 THE WANDERING SOULS OF VIET NAM

Life is difficult, full of unexpected challenges and threats.  Many people do not complete its journey in peace or with good fortune.  Whether from warfare, at sea, while traveling, or from accidents or illnesses, people may die violently and unexpectedly, far from home and loved ones.  Many traditional cultures from around the world have believed that when people die this way, their souls – whether on this plane or another – may be traumatized, stuck in a limbo, unable to move on to the land of the dead or in their cycles of reincarnation.

In ancient Vietnamese belief, if a person dies violently or without leaving children to remember them, the soul becomes trapped, wandering in this world and unable to continue its journey toward reincarnation.  In Viet Nam a wandering soul is called co hon.  Peasants report seeing and hearing wandering souls gather to lament in jungle valleys and riverbeds.

In Viet Nam, the 15th day of the seventh lunar month is the Day of Wandering Souls.  It is a time, eighteenth century poet Nguyen Du wrote, when “rain falls like a ceaseless weeping… and pear trees scatter their tears like dew, their dew like tears   (Call to Wandering Souls). The Vietnamese say that on this national holiday the full moon is crying.  On this day people tend uncared-for graves all over the country, leaving porridge or bean and lentil cookies for the homeless souls to eat.

Whether lost at sea, on a long journey, or missing in action during war, when families accept that their loved one is dead but the body will not be recovered, they build a Ma Gio, a Windy Tomb.  This is an empty tomb that serves as home and altar for the wandering soul to find rest among his relations.

With more than 2½ million dead from the American War alone, tombs in Viet Nam sprout like rice.  Many are in large military cemeteries for Northern and Viet Cong dead only; there are no such honorific cemeteries for the dead of the southern army who were allied to the United States.  The military cemeteries contain central patriotic statues in socialist realism style accompanied by a motto declaring, “The Motherland Honors Your Sacrifice.”  Countless other tombs are in small family or village plots where war dead are buried along with ancestors who are worshipped for four generations, a full century.

Viet Nam is not only overpopulated with the dead.  While the United States still has about 2,000 Missing in Action, Viet Nam has ¼ million.

Tran Dinh Song, from Da Nang, is a 56 year old teacher and tour guide.  Though against the war, because everyone had to serve, Song was a southern air force officer.  Song’s family history in both war and peace demonstrates how wandering souls can affect the living, and the prevalence, beliefs and practices of tending wandering souls in Viet Nam

Because of their war losses, typical for nearly every family in Viet Nam, Song’s family has built two windy tombs.

need a house to be home.

need a tomb for deep rest.

we wander without return.

My uncle was VC,

his son was ARVN –

My uncle was buried

when your tank crushed his tunnel.

in a mass grave for both sides.

with shovels and spoons

but we could not overturn

the earth and the water.

when the moon cries its tears

we join in sad feast.

Song’s aunt was the widow of this uncle who was killed during the war.  In a repeating dream, she saw her husband appear before her, night after night.  He did not speak, but shivered with wet and cold and looked like he could not find rest.  The aunt consulted a family elder known for his wisdom.  The elder advised her that this dream indicated her husband was a wandering soul who needed a home.  This consultation led to the family building the windy tomb.  After building it, the aunt’s disturbing dreams ceased and have never returned.

The Vietnamese honor not only those killed during war, but all lost souls.  The Vietnamese teach that children lost due to miscarriage, abortion or illnesses are also our children.  Thus, parents who have two living children and who have also had an abortion and a miscarriage say they have four children.  These souls lost to early death need honoring and helping ritual as well.

When their second son was seven months old Song’s wife Lan had a miscarriage.  For a long time afterwards, Lan had a disturbing dream that a baby son appeared and pushed their infant son from her breast to get milk for himself.  She too finally consulted a family elder.  He had not known about the miscarriage but asked, “Did you ever have another baby?”  The elder instructed Song and Lan to build the lost one a tomb and an altar.  They constructed it outside their bedroom window.  As soon as it was completed, the dreams ceased.  Now Lan and Song put sweets and toys on the altar just as on other family tombs.  And they always say they have three sons, not only the two that are living.

Chu Li, lying near the eastern coast between Da Nang and My Lai, was the site of the first battle between newly arrived American troops and Viet Cong in May, 1965.  Marines had occupied a rocky hill and the Viet Cong wanted it back.  Today there is a tall spire with an emblazoned date standing atop the battle mount.  Water buffalo walk up the stone steps, drop mounds and munch grass.  Peasants collect wood and cut greens nearby.

During one healing and reconciliation pilgrimage I lead to Viet Nam every year, our group stopped at Chu Li to pray at a Windy Tomb an earlier travel group had built for an American MIA from that battle.  This is the only windy tomb known to have been built for an American MIA in all of Viet Nam.  Some members of our group honored MIAs from families at home and we prayed for all lost souls.

Another of our travelers, Beth Marie Murphy, had been a nurse on the hospital ship U.S.S. Sanctuary during the war.  In addition to wounded American troops, Lt. Murphy had treated Vietnamese children maimed and burned by American bombs and napalm.  She developed a special bond with a young girl named Mein, who lost both her legs during an American raid.  Beth Marie oversaw Mein’s treatment and recovery until her parents arrived to prematurely take her back to their jungle village.  Beth Marie has lived for decades with the fear and grief that Mein died of her wounds or of exposure in the harsh jungle environment.

Like the Vietnamese women of Song’s family, Beth Marie had dreamed of Mein for years and has felt the burden of carrying endless grief.  Seeking to bring healing and peace to both souls – Mein’s and her own – Beth Marie asked to build a second Windy Tomb close to the first.

My back is bowed from decades

of carrying the soul of the legless girl

who began as my patient but became my niece

as we flew colored kites in the wind off my ship.

In dreams my eyes are pink and swollen

with the ocean of tears both shed and withheld

since the angry wounded called her ‘VC child’

and desperate arms snatched her back to the jungle.

Today I carry one stone at a time.

With each dripping tear I recite her name.

Gently I let her down off my back

and give my lost niece this tomb for a home.

to help me lay the last stones on her cairn.

One red dragonfly hovers in our wafting incense

and a sweet breeze kisses my cheek with her name.

Through the Vietnamese recognition of wandering souls Beth Marie Murphy achieved both spiritual explanation and comfort from her decades of dreaming about Mein.  This same spiritual explanation has proven useful to many war veterans – that nightmares of the dead are not pathological symptoms to be eradicated, but may be the souls of people violently slain trying to communicate with the living.

The Vietnamese belief in wandering souls, their practices of building them windy tombs and honoring them as our lost loved ones or allies, have brought significant help and relief not just to the Vietnamese.  When embraced and applied with the support of spirit, in respectful ritual and in the context of a loving community, we may heal our disturbed relations with wandering souls, whether they were family members, friends, our young charges, or even enemy combatants.  In Viet Nam continuity is everywhere.  Travelers, visitors, even war veterans who fought against the Vietnamese, are welcomed as brothers and sisters, aunts and uncles.  Together we can honor the wandering souls, achieve healing for those souls and for ourselves, and experience renewal and rebirth.

This article was written by Ed especially for this magazine and incorporates sections and poems from his book The Golden Tortoise: Viet Nam Journeys (Los Angeles: Red Hen Press, 2005), which we highly recommend, along with his acclaimed War and the Soul (Wheaton, IL: Quest Books, 2005), reviewed in this issue. See also Ed’s websitewww.mentorthesoul.com