FOR MORE DETAILS, ABSTRACTS AND PICTURES PRESS ON THE READ MORE LINK UNDERNEATH.

The catathymic panorama is to be considered as a freely developed imaginal landscape which can be roamed in all directions and has a great diagnostic value. Without going deep into the symbolism worked out by Dr. Hanscarl Leuner, that means, staying at the first of the three levels, the therapist gets a relatively broad view of the predominant conflict of the child.

Going along the standard motives and not staying too long in a determinate symbolism, the child takes himself the control, going other ways, performing actions, meeting animals or fantastic beings we know from fairy tales or pictures. He enjoys the creative imagining and slides unconscious in the story of a past-life. The therapist, who followed all the steps and conducted carefully to the symboldrama, recognises the symbolic story as a past-life in account of the case history, and sometimes the child finishes his story with the comment: “… and you know? All what I said, is true…”

I have often found, during my many years’ experience in regression therapy, that it was difficult to help clients find their rightful place in their childhood family so that they could live their lives now, in the present, with all the vitality and energy which is potentially available to them.  This was especially so if, for example, he himself had been a victim, in a past life, of someone who is a family member in this life; for example, somebody who has a parent now who had him killed in a past life.

Through my work with Systemic Family Constellations where the healing of a relationship between persons can be more easily facilitated through the members of a group, I discovered that regression and constellation work are two tools which complement each other.

For this reason I often use images and methods from my experience in constellation work in a regression session. For example, we might find a resolution between ‘villain’ and ‘victim’ or have a client take responsibility for his own life now with the support and blessing of his father and mother. Similarly, I use my experience of regression therapy in my constellation group work.

In the our workshop I shall show how we can recognise if a past life is still influencing a family system and, if so, how we can find the strength to live our lives as we choose with the support of our forebears

In regression therapy we may discover that the client is not alone. A soul of someone who died is clinging to him or her, in less common cases a negative entity. In such a case we actually have two clients! If it is a case of an attaching soul, we want to help it to overcome the fears it usually has of leaving the earth plane and going to another world. If it is an entity, it is bound to a dark world and often heavily influenced by it. We want to help it to overcome the fear that it couldn’t exist anywhere else but in that world and to realize that there is another option.

Why does this happen to people and what can we do about it in a regression? And how do we discover it? There are certain “classical” approaches described in literature. The worst of them is pure exorcism.

In the course of about two decades, in which I have had to learn to deal with such cases, I have developed ways and techniques for handling such cases, which I will pass on to the participants in this workshop. In case this should be actual for one of the participants, I may possibly also perform a demonstration.

Dr Jan Erik Sigdell is a Swede who – after 29 years in Switzerland – lives in Slovenia since 1997. He was born in 1938, studied electrical and electronic engineering and later achieved a doctorate in medical engineering. He worked for the pharmaceutical and medical-engineering industry as an employee and in 1979 became a free-lance consultant for the dialysis industry.

His first steps on a long path of dealing with reincarnation in theory and practice were experimenting with hypnotic regression in the 70es, beginning in 1974.

In 1979 he met Bryan Jameison. From him, he learned non-hypnotic regression and began to practice in Basel. Out of this he developed his own approach and added new techniques based on his own ideas and experiences. He has published books and magazine articles on the subject and has guided thousands of individual therapeutic regressions.

To localize and heal the main origins of trauma as a restimulation in this lifetime I will present therapy training with the emphasis on the prenatal, birth and the connections from the past lives with all the negative beliefs. We need also to work in these places in order to free the client totally from them. A very powerful and effective therapeutic instrument to heal sexual and reproduction problems, premenstrual syndrome, cancer, myomes and partnership problems.

I was certified in 1990 by Morris Netherton and have since then worked as a past life therapist. I assisted and translated Netherton during the nineties in his workshops given in Germany. I gave supervision to his students and organized several training groups. In 1995 I obtained my mastercertificate. After 10 years of experience in sessions I started training groups myself, teaching and superviding RT.

In 2002 I structured, completed and translated Morris Nethertons second book into German.

Although emotions are generally termed “irrational”, there is a definite system to them and therefore a logic. If viewed as flows of mental energy in various frequencies and amplitudes, it can be shown how and why they follow the full range between elation and apathy. In this workshop it is demonstrated how emotions are a function of the mind (not the body) and what is the cause for their ups and downs. Also the interaction between environmental triggers, thought and emotion is clarified, leading to a practical concept of how emotional outbreaks in a session can be used as a lead towards hidden traumatic incidents.

The workshop is interactive in that the presenter is in dialogue with the group whilst giving his demonstrations, also the participants do some simple partner exercises in order to get the feeling of certain points by experiencing them.

Ulrich Kramer, the workshop presenter was born 1948, he graduated in clinical psychology at the university of Munster (Germany), and then studied (in Germany as well as abroad) Roger’s client-centered therapy, hypnotherapy, transpersonal psychology, yoga, meditation, aikido, kinesiology. Since 1985 he has been practicing independently in Germany. He is internationally active in personality development and management coaching. As the result of 30 years private research into mental phenomena he developed “MindWalking” which was trademarked as a personality development method in 1996. 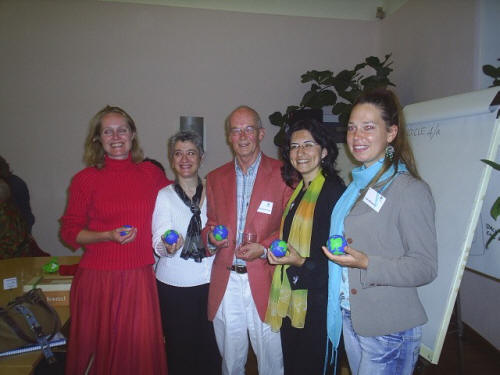 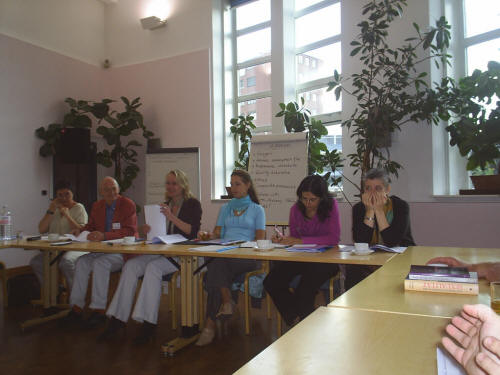 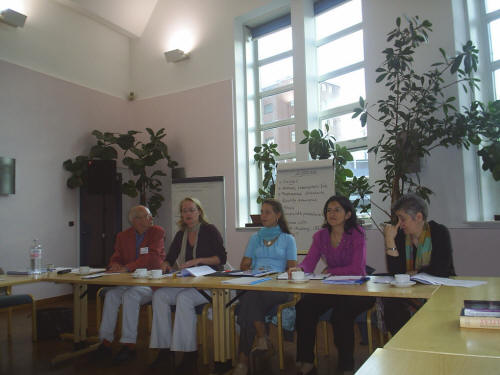 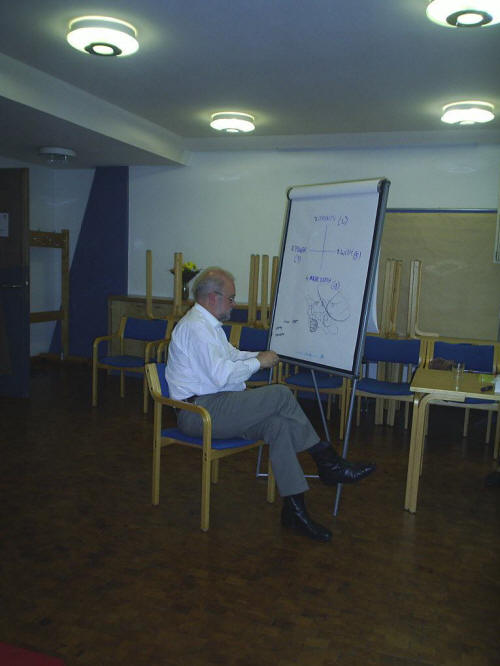 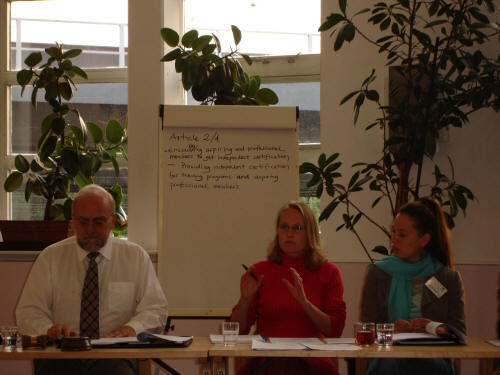 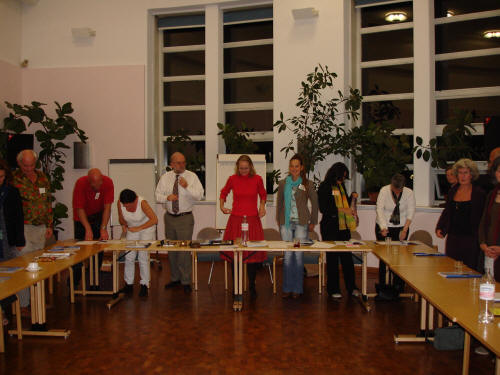 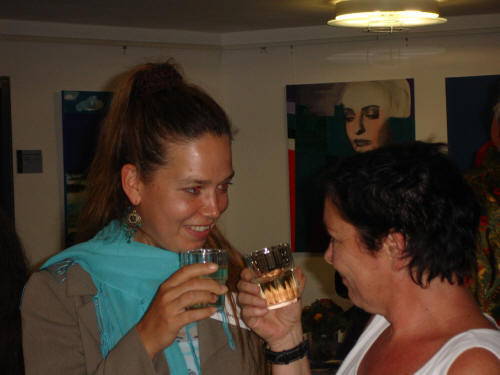 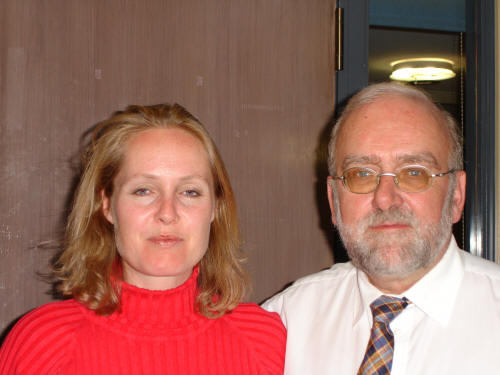 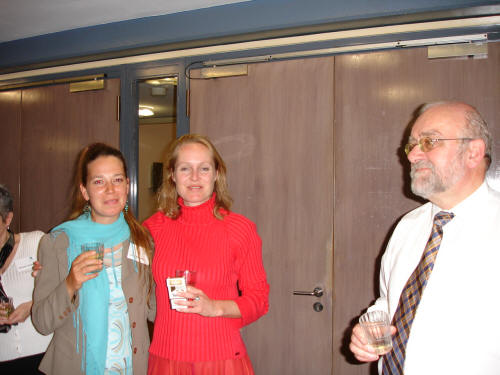 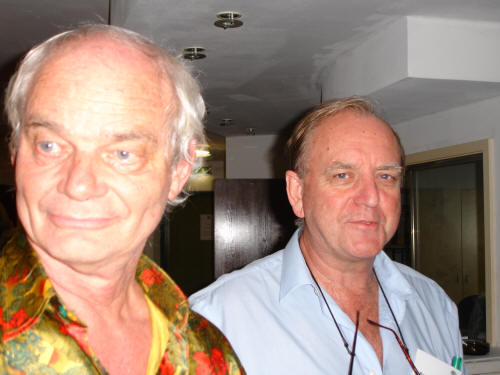 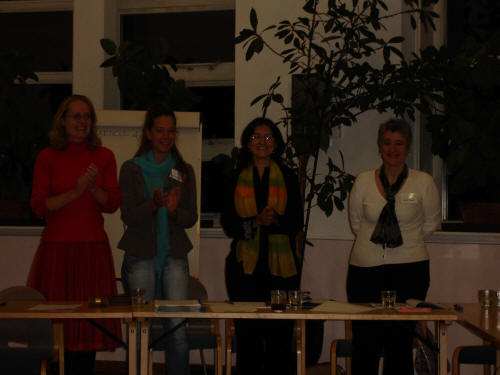 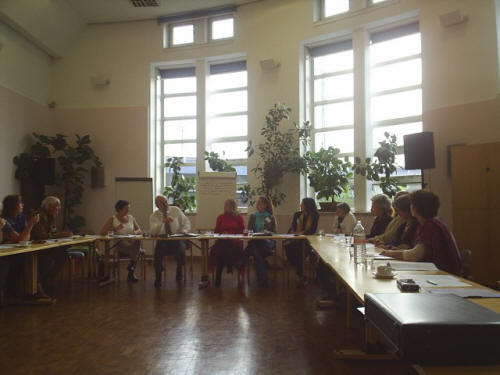 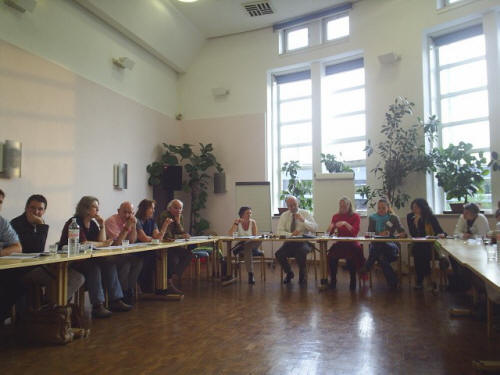 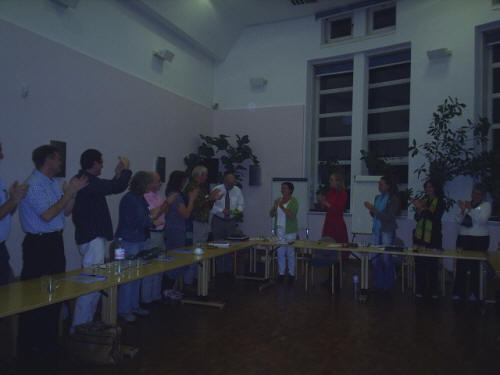 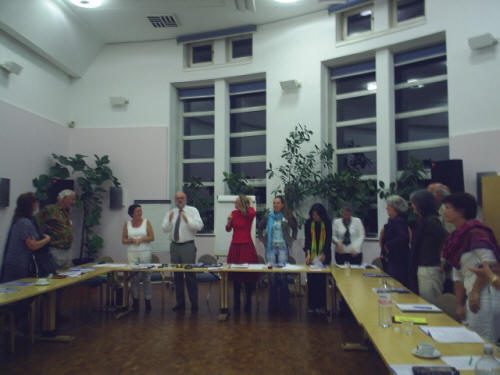 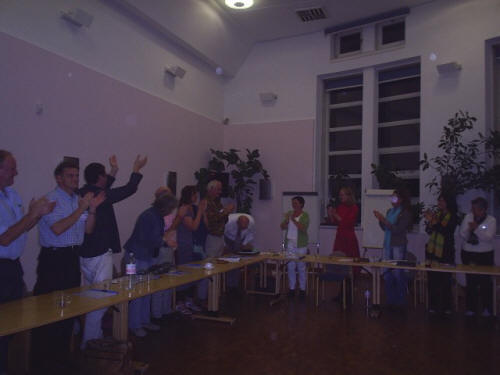