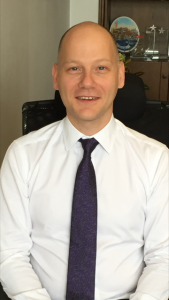 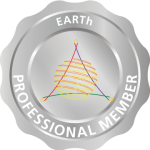 Ihsan was born in İstanbul-Turkey in 1976. Having graduated from Şişli Terakki High School (Istanbul) he pursued his higher education in Bilkent University (Ankara) where he received his B.A. degree in Political Science. He decided to proceeded to a higher level in his academic improvement and went to Yeditepe University (İstanbul) for graduate school and completed Master of Business Administration, which enabled him to accumulate the knowledge and insight necessary to run the family business.
At some level he felt his mother’s passing away in 2009 as his personal confrontation with life leading to a series of revelations in Ihsan’s soul, unveiling his previously hidden life energy, which, he realised, was vibrant enough to heal others.
Ihsan has spent considerable amount of time and effort on studying Reiki and relevant healing techniques under the supervision of Beki Bisa the Reiki Master. He has attended several workshop presented by Anthanasios Kominos, Anita Groenendijk and Hans TenDam.
In 2015, Ihsan attended Unicorn Transformational Studies, Regression Therapy courses and graduated successfully in November 2016. Ihsan is a member of Earth Association for Regression Therapy (EARTh) since 2016.In 2017, Ihsan attended the Integral Coaching courses and become Life and Relationship coach in 2019.In 2019, he has also become Mindfulness Alliance instructor and began to make workshops for groups and companies about the mindfulness.In 2020, he become a member of ICF, and become PCC (Professional Certified Coach).In 2022, he become MBSR (Mindfulness-based Stress Reduction and MBCL (Mindfulness-based Compassionate living) programs instractor.Ihsan Yelkencioglu got his Ph.D. degree in  Contemporary Management in 2022.