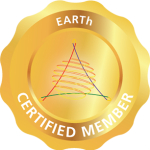 Tulin has a Board Certification with IBRT as a level IV Past Life Regression Specialty.

Tulin obtained a B.S. degree of Geological Engineering from the Middle East Technical University in 1996. Studying earth science gave her a different perspective to understand the material world better. Besides of being a regression specialist, she also works as Clinical Project Manager of a pharmaceutical company.

​During her early years at the university, she got interested in spiritual teachings. First, she became a member of Ankara Spiritual Investigations Society in 1992; a member of Metaphysical Investigations and Scientific Research Society (MISRS) in 1997 and a member of Foundation for Spreading the Knowledge to Unify Humanity (BILYAY Foundation) in 1998. Now she is the president and board member of Bilyay Foundation and also of MISRS.

​Tulin gives lectures on spiritual psychology, inner development for more than 16 years, on such topics as regression speciality, consciousness studies, self-awareness, survival after death, holographic paradigm, human energy field and medicine, healing, parapsychology, paradigm shift in science, near death studies, life after death etc.  She is also the chief editor of the monthly Spirit and Matter Magazine (in Turkish).

​She was certified as EFT (Emotional Freedom Techniques) Practitioner of Median Therapies in 2007 by The Association for the Advancement of Meridian Therapies (AAMET).

​Tulin was one of the organizers of 1st Istanbul Parapsychology Conference in 2005, where she met regression therapy. She was trained by Jeffrey Ryan and Janet Cunningham in 2005 and 2006 and received certifications for Professional Regression Therapy Level I and II from The World Regression Institute. She acted as assistant to Jeffrey Ryan and Janet Cunningham for other regression trainings in Istanbul during 2008. She has completed Deep Memort Process Trainer with Roger Woolger and Juanita Puddifoot.

​Tulin is one of the founder members of The Earth Association for Regression Therapy (EARTh) which was established in August 2006 (https://www.earth-association.org). She was a board member of EARTh Association for 7 years and now she is at Program Commitee which organizes Annual Conventions of EARTh every year.

​One of her personal targets is to bring professionals in the field of regression speciality together so they can train each other and exchange experience and information. She loves organizing such events and this is why she was appointed as the chair of the organization committee of the Fourth World Congress for Regression Therapists, which was held in October 2011, in Turkey. Ahe was also at the program commitee of 5th World Congress in Portugal (2014) and 6th World Congress in India (2018).

​She believes that by healing the past, we heal the present moment and the future.