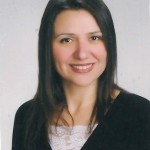 Mobile: 0090 532 468 88 21
Resume: I was born in 1969. I had university graduation on International Relations in the Middle East Technical University (METU) in 1992 and master degree graduation on Public Administration in the Public Administration Institute for Turkey and the Middle East in 2006. Now I am still attending PhD (on the level of doctoral thesis writing) in Sociology Department in Hacettepe University. My thesis is about Yoga. Title is “Yoga’s Sociological Analysis in the Globalization Process Within the Context of Berger’s Social Building Theory: Case of Individuals Engaged in Yoga”)

I was interested in Zen-Buddhism during my university years. I learned zen-breathing meditation in 2001 and started practicing regularly. In 2002, I began to Hatha Yoga and did yoga with my yoga teacher Sabiha Betül Uslubaş for 7 years. 3 years of it, I was trained to be yoga teacher.

In 2004, I met Jagat Guru Shree Sadhak Satyam (Swami Akhandananda) during the visiting Kathmandu, Nepal together with my yoga teacher and yoga students. This and subsequent meetings with him opened me valuable doors in the journey of knowing myself. This forever journey still continues.

Additionally I was initiated Reiki 1 and 2 by Horst Gunter.

In 2008 I was initiated Kriya Yoga by Roy Eugene Davis who is the student of Paramahansa Yogananda in the Center for Spiritual Awareness in Atlanta, USA.

Between 2007-2009 I did yoga voluntarily with children who had leukemia in LÖSEV (The Foundation of Children with Leukemia). I received child yoga training certificate through a training course that I attended in 2009. Later, I did yoga as a teacher with adults for two years in Ankara and Antalya.

During the period 2013-2014 for a year, as a practical and safe way to reach everyone, I have trained on regression theraphy in four modules by Tülin Etyemez Schimberg and M. Reşat Güner who are the founders of Unicorn Transformational Studies. I received my diploma approved by EARTh in December 2014.

I am married and have two daughters.

I can summarize my personal life philosophy as such; always being a student, always trying my best, always trying to go towards the source of forever love and affection in our heart.

I extent my gratitude to all my masters, family members and friends as they support me and walked with me in my life journey.