More on our latest documentary

A film by Virginia Rivera Hernandez

On Behalf of Earth Association for Regression Therapy. (EARTh)

How did we come up with this film? 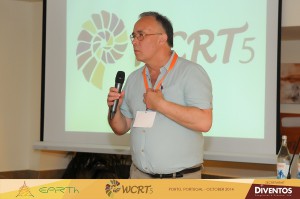 This article introduces a new film currently being produced by EARTh around the topic of regression therapy. It will explain who EARTh is, describe the purpose of the film and describe its main target audience. It will then invite the reader, whether a regression therapist or another interested party, to actually view the film for their own professional interest.

Founded in Frankfurt, Germany in 2006, EARTh has outgrown its original purpose of providing a meeting place and creating common standards for professional regression therapists within Europe. It soon began to attract members from around the globe and has now become a world-wide association dedicated to promoting the profession of regression therapy as widely and effectively as possible. EARTh promotes professional standards of therapy and training, with each of our members being committed to follow a code of conduct.

The film is aimed primarily at professional and potential therapists interested in discovering more about what it takes to become a regression therapist. It explores the demands and rewards that unfold for both the therapist and the trainee therapist as a natural outcome of working and training in this field. More than that it aims to inform, educate and inspire the general public on the benefits of regression therapy. It also refers to the personal journeys of some of our own members and how those experiences affect and inspire others on their own journey. There is an implied invitation for any reader to view the film and share it to any and all of those that may be interested or gain benefit from it.

It was during 2013 that the idea first emerged for EARTh to create another film on the benefits of regression therapy. So we acted on a suggestion (from Hans TenDam) that the film could be aimed at other professional and potential therapists that show an interest in the subject. The approaching World Congress for Regression Therapy (WCRT5) offered a fine opportunity to stage the project while we had access to the experience and wisdom of many different therapists from around the world. The congress was held in Porto, Portugal in October 2014 under the theme of ‘Mind Healing Body, Body Healing Mind’. The interviews were held and we expect the film to be released early in 2016.

We had thus set ourselves a challenge in Porto and subsequently took on a team that held some awareness of regression therapy yet were not trained or practising in the field. Virginia Hernandez Rivera joined us as director assisted by Elena Valdivielso, with Iris Meigas conducting the interviews. I took on the role of producer and so the team began to take shape. Invitations were sent out to potential interviewees to make their contributions on camera and arrangements were made to set up the venue. We were ready to roll.

Then it happened. Twenty-two different interviews were filmed over the course of five days in which we witnessed one contributor after another opening up and telling their stories, offering their professional and personal experiences and showing us their own particular insights. The film attempts to take the viewer to the heart of regression therapy to discover the beauty that can be found as people go inside themselves to face their own issues and thus enable their own potential to heal. It happens for the teachers, the students and for the clients. These experiences are invariably described in an eloquent yet grounded manner as each interviewee describes their own ‘love story’.

The film explores different aspects of regression therapy and especially the training in the profession. As it begins with a description of what regression therapy is, it moves on to explore what is claimed to be special about it, what is special about the therapists and whether it actually works. Teachers comment on what they seek from a student, students comment on the difference it has made for them and it concludes with references into the state of the therapy today.

Virginia persuaded us of the need to make the film accessible to different platforms such as mobile phones, tablets and you-tube. The film is thus constructed in fifteen chapters of an average six minutes length each. Each chapter will address a particular aspect of regression therapy, beginning with ‘What on EARTh is Regression Therapy?’ Interviews were held with pioneers, trainers, therapists, students and clients of regression therapy. We also invited an objective perspective from the academic past life researcher, Professor Jim Tucker of the University of Virginia.